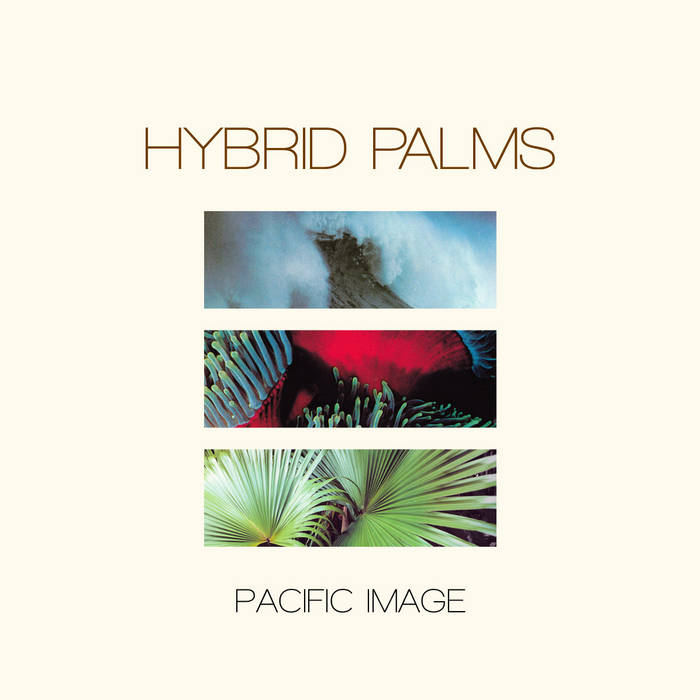 Mike G @ Ambient Music Guide New age as it should be: DIY, and a reverberation of psychedelic music. This is beautiful and quite surreal. Favorite track: Ocean Plaza.

In the late 18th century, a curious object called the “Claude Glass” achieved some popularity. Named after the Romantic landscape painter Claude Lorrain, this black or deeply colored opaque piece glass was held in the palm of the hand so as to reflect the landscape behind the viewer. The image captured on the palm size glass presented a slightly muted reflection of the world, one rendered in painterly high-contrast by the distortions of the glass, appearing to the viewer like a miniature version of one of Lorrain’s paintings. I am reminded of this strange object when I listen to a certain strain of ambient music, Lieven Martens Moana’s work comes to mind, because of the way the sounds present a slightly distorted, yet heightened view of the world, softening and slowing the bright, frenetic world into picturesque landscape. Hybrid Palms has a similar effect.

The music of Hybrid Palms’s Konstantin Skolnikov both incorporates and mimics the rhythms and vistas of a rural landscape. This focus on the beauty of the natural world is suggested by track titles like “Horizon Departure” and the intermittent use of lightly manipulated field recordings, but what really carries the feeling of pastoral beauty are Skolnikov’s slowly unfolding synthscapes that invite the listener to gaze out the the nearest window at the clouds drifting above. I thoroughly enjoyed the first Hybrid Palms cassette on Lilllerne Tapes last year, but Skolnikov has taken his craft to the next level with this release, presenting 60 minutes of mature and masterful compositions, well suited to an afternoon of refracted light and bliss.

Pacific Image is the inaugural release for Sounds of the Dawn, an imprint of the New Age, meditation blog/archive of the same name. Sounds of the Dawn has put together a fine looking tape with clean aesthetic appropriate for the sounds within. I like to think about the folks who will unearth this gem 30 years from now and marvel at its under-appreciated brilliance. Be on the right side of history and grab this tape while it is still readily available. -Rob Thurtle
www.guidemelittletape.com/blog/hybrid-palms-pacific-image

"I was almost immediately struck by the strange proximity of Pacific Image. It bears many of the hallmarks you might expect from its genre – synth driven drones, washes of sound, descending sheets of notes, ambience built from delay and reverb – but forced out of historical context, and away from the quasi-spiritualism of the 60’s and 70’s, it demands an entirely different lens with which to view its achievements. It is a fascinating placed to be pushed – making you question everything you might presume. It’s critical, self-conscious, and almost post-modern. The sources for Hybrid Palms are too diverse for an easy association. “New Age” starts to feel like a Trojan Horse. As you push deeper into its tones, strange abrasions and challenges rest below its inviting skin. Things are off kilter and avant-garde. Rather than inviting a spiritual awakening, it forces you to question yourself and what you are hearing – exactly where I want to go as a listener. It makes you do a double take. Pacific Image is a complex and dislocating listening experience. I doubt anyone who takes the plunge will be disappointed."-Bradford Bailey
blogthehum.wordpress.com/2016/03/22/pacific-image-by-hybrid-palms-the-first-release-by-sounds-of-the-dawn/

Hybrid Palms is the project of Russian artist Konstantin Skolnikov. His work brings new weight and meaning to the idea of what new age music can be. Far more than pleasant background music, this album conjures the frontier spirit of artists like Alice Coltrane and Laraaji, subsuming the deeply weird and uplifting ends of jazz and electronic music in a true hybrid fusion.
This is new age music at its most vibrant and weird, defiantly alive. I kept searching for another genre signifier, another name to cap it with, but nothing rang true. Sure, ambient is close, but Pacific Image doesn’t really fit in that hazy box. Accept it, feel it, live it. Despite the years of abuse that tag carried, it still could mean something. The lingering mood I’ve drifted on since hearing this album for the first time might define that something, or at least color it in.
It’s that prickly sensation on the back of your neck as you wander into the darkest shade of an unfamiliar forest. It’s the lifting sensation in your toes when the clouds break on a stormy summer day. It’s the electricity in the air one second after school gets out for the year. This music smears the resin core of these feelings in a blurred streak through time, spreading each element out for examination and exultation.
The sound glows in wooden block jungle slumber, a hazy sense of uplift, mystery, even accomplishment. This is a venture into the unknown and, although you might not be prepared, you feel no fear. You were born for this. It feels that natural. That real.
optimisticunderground.com/2016/04/06/hybrid-palms-pacific-image/#more-4444

Sounds Of The Dawn

Bandcamp Daily  your guide to the world of Bandcamp